Kevin is a director from Madrid that always had been interested in art and cinema so he combined both studies during his first university years studying History of Art, Photography, Edition & Postproduction.
He was introduced to the world of cinema & commercials working in different film crews which allowed him to work and learn from some of the most talented directors.

His filming work pursues a strong narrative approach through camera and acting. His style moves along the emotional, visual and poetical shaping all his work as a personal statement and giving storytelling a new dimension.

When he finally decided to direct he found that all the experience gained was very useful to feel familiar and close to all the different projects and clients, such as: Volkswagen, Cadillac, Coca Cola, Nike or Iberdrola amongst others. Kevin feels that working as a team is the best way to work and function. 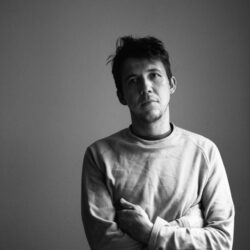